In fluid mechanics, the focus at Fraunhofer ISE is on fluid dynamics, consisting of aerodynamics, which deals with moving gases, and hydromechanics, which deals with moving fluids. At the center of fluid dynamics are the continuity and Navier-Stokes equations, which can be solved by numerical methods. The so-called computational fluid dynamics (CFD) enables the solution of these non-linear partial differential equations of second order, so that even turbulent flows can be calculated reliably.

For this purpose, Fraunhofer ISE uses the software Comsol and Openfoam based on the finite element method and Ansys Fluent CFX with the finite volume method. Powerful workstations as well as a wide range of compatibility with design programs (imports) complement our know-how in individual 2D and 3D geometry generation (meshing).

In the research topics Silicon Photovoltaics and Photovoltaic Modules and Power Plants we offer the following services in the field of fluid mechanics.

Simulation of a Cleaning Basin

In a batch process, key processes such as chemical cleaning and texturing are realized in different reaction baths to create advantageous surface structures for the subsequent solar cells. Several thousand wafers are processed in one process bath. In order to increase the process quality, it is important to understand the flow of the wafers, which is influenced in particular by the design of various installations. Numerical simulation is used to simulate, experimentally validate and optimize the flow. The fine structures prevailing in the process bath, as well as dimensions of the basin, result in a complicated geometry to be meshed. Since the computation time increases strongly nonlinearly with the number of mesh elements, it is an effort to simplify fine structures in order to reduce the number of degrees of freedom for a model. The installations as well as the whole basin could thus be investigated in detail and the most significant flow disturbances could be identified and eliminated.

The wind behavior of a PV system is usually checked in wind tunnels. However, such measurements are very time-consuming and expensive and also only represent individual states. Therefore, we investigate wind loads using computational fluid dynamics (CFD). This makes it possible to investigate a wide variety of conditions in a short time and thus to optimize the system with regard to high wind speeds. Real weather data can be used, for example, to investigate the impact of a specific storm event.

We couple the CFD simulation with further FEM models, e.g. with a mechanical simulation to investigate the deformation and mechanical stress in the module in detail from the determined wind load. Or with thermal simulations to map convection effects and thus the spatially resolved module temperature.

Storms with high wind speeds are one of the effects of climate change. Therefore, it becomes more and more relevant to design solar farms according to such aspects. In contrast to the homogeneous mechanical load prescribed in IEC 61215, wind loads, especially from severe storms, are highly inhomogeneous. In addition, numerous factors influence the wind current and thus the resulting load, e.g. the angle of attack of the PV modules, the substructure and the wind direction.

2-axis trackers provide a large area of attack for wind. This can lead to critical loads and even failure of PV modules, especially at high wind speeds. To investigate the effect of a real storm on a 2-axis tracker, the weather data of this storm was evaluated and served as input values for the CFD simulation. The resulting wind load was simulated for different angles of attack of the tracker. 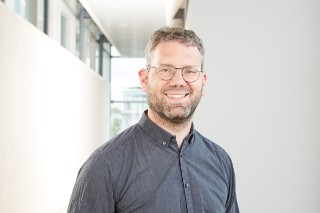