The development, optimization and industrialization of new manufacturing processes require a thorough understanding of the underlying mechanisms. Time-resolved measurements are essential to investigate the origin of undesired side effects during laser micromachining, such as laser-induced damage or incomplete layer ablation from solar cells. Many of these laser-matter interaction processes occur on ultrashort timescales (femto- to nanosecond range) and cannot be imaged using conventional cameras.

To investigate such ultrafast processes, the so-called pump-probe technique is used at Fraunhofer ISE. In this technique, a laser beam (pump laser) initially interacts with the material. The induced interaction with the material is scanned using a second, time-delayed laser pulse (probe laser). In this case, the time resolution is no longer limited by the properties of the detector, but rather by the pulse duration of the probe laser (typ. ≈ 200 fs).

Pump-Probe imaging enables the analysis of ultrashort pulse laser ablation of a silicon nitride anti-reflection layer on crystalline silicon. This is one of the techniques that enables us to improve solar cell production technologies and efficiencies.

Left: Delay-dependent change of Newton rings which occur when a dielectric layer detaches from a silicon surface.

Right: Delay-dependent change in the reflectivity of the sample. If combined with model calculations, the delamination speed can be calculated from the experimental data. 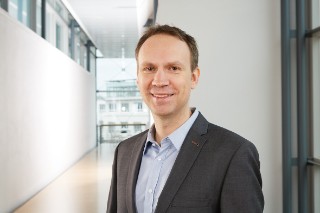