The German government plans to achieve a nearly climate-neutral building stock by 2050. Key elements to reach this goal are to reduce the energy consumption of buildings significantly and to develop solutions for using renewable energy to meet heating loads. An interesting approach aims to combine thermal facade insulation with improved HVAC systems. However, no flexible and affordable concepts have been identified so far. Within the scope of different projects at Fraunhofer ISE, pre-fabricated facade systems are developed, which allow HVAC systems to be installed together with the thermal insulation. The goal is to supply media into the building through already existing window openings using respective new developed window elements.

The specially developed insulating elements allow insulation, heating pipes, ventilation, electricity and ITC to be integrated flexibly. These facade elements can be upgraded with additional functionalities during their service life. The existing HVAC systems in the building can be successively replaced by new systems without intrusion into the building structure or disturbing the inhabitants. This allows a gradual transition to LowEx building systems within the existing building stock. To be attractive to the market, the systems will be highly standardized with a multitude of upgrade and customization possibilities for all developed systems. Each component, e.g., window, facade, HVAC, and solar elements, can be mounted independently or in combination with traditional systems. This allows a high variety of options for customers and producers when selecting modules and upgradeability depending on the financial possibilities. In an initial development step, a variety of insulation systems with different geometrical configurations and functions was developed, such as a pre-fabricated multifunction window module (fig. 1). Within the “RetroKit” project, the developed approach will be transferred to demonstration projects with apartment blocks in different climatic zones: The integration of building integrated photovoltaic thermal collectors was demonstrated in Madrid (fig. 2). A ventilation system with heat recovery was implemented in the facade of a residential building to be renovated (fig. 3 and 4).

"RetroKit – Toolboxes for Systemic Retrofitting" is part of the superordinate project "RetroKit". 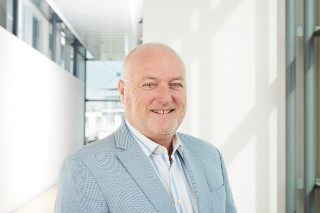