Texturing of silicon solar cells is a proven method for achieving high efficiencies. On the one hand, textures reduce front side reflection; on the other hand, they extend the light paths within the silicon absorber. The »OPTOS« simulation formalism was developed at Fraunhofer ISE in order to determine ideal textures or ideal texture combinations on the front and rear side. »OPTOS« is a matrix-based method, which allows for the efficient calculation of reflectance and absorptance of plane parallel sheets such as solar cells with arbitrary surface textures on both sides or PV module stacks. Textures from different optical regimes can be incorporated. It was demonstrated using »OPTOS« that the integration of a rear side diffraction grating enables an increase in photocurrent density of a 200 µm thick silicon solar cell with pyramidal front side by 0.4 mA/cm2. Silicon-based tandem solar cells with planar front side show gains >1 mA/cm2. This can lead to efficiency increases >1 % absolute which is in agreement with experimental results.

New light trapping concepts are often based on a combination of textures with different structure dimensions, such as a pyramidal front side and a rear side diffraction grating. Using conventional simulation methods, e.g., ray tracing or wave-optical methods, efficient and combined modeling of the different optical effects of these textures is very complex. The newly developed »OPTOS« formalism (Optical Properties of Textured Optical Sheets) is a matrix-based method for the efficient determination of reflectance and absorptance of substrates with arbitrary plane-parallel textured surfaces, e.g. solar cells or PV module stacks. Light propagation within the cell or cover glass and its redistribution in the case of light-surface interactions are calculated once for a discrete set of angles using the respectively optimum simulation method. This allows for the description of the optical paths within the system via vectors and matrices. Subsequently, the results are coupled non-coherently to calculate total absorptance and reflectance using simple matrix operations.
The comparisons of »OPTOS« simulations with alternative methods as well as experimental results show good matching. E.g., it could be demonstrated that the integration of a rear side diffraction grating results in an absorptance close to the Yablonovitch limit. Current simulations focus on the following aspects:

(2)    Tandem solar cells have a far higher efficiency potential than single junction silicon solar cells. Therefore, perovskite and III-V semiconductor on silicon solar cells reach more and more interest in the research community. Optical loss mechanisms are highly relevant for those kinds of cells and optical textures can play an important role by reducing the reflection or increasing the light trapping of the silicon cell. Thereby they facilitate the current matching for 2-terminal devices. 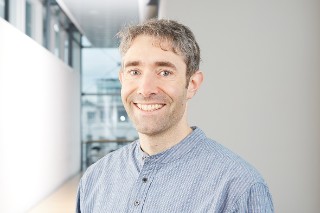