Professor Christoph Reinhart from the Massachusetts Institute of Technology (MIT) is currently spending time at the Fraunhofer Institute for Solar Energy Systems ISE as visiting researcher and award winner of this year’s Fraunhofer-Bessel Research Award of the Humboldt Foundation. He will be spending five weeks at the institute working together with Fraunhofer researchers. During his research stay, Reinhart will be cooperating with scientists at Fraunhofer ISE and other European research institutes to define future-oriented themes and research topics in the areas of building technologies and smart cities.

Born in Düsseldorf, Germany, Christoph Reinhart is a physicist by training and holds a doctorate in architecture from the Technical University of Karlsruhe. He works at MIT as building scientist and architectural educator in the area of sustainable building design and environmental modeling. As Head of the Sustainable Design Lab (SDL) at MIT, he leads an inter-disciplinary group with a grounding in architecture to develop design workflows, planning tools and metrics in order to evaluate the environmental performance of buildings and neighborhoods. Products originating from the group – such as DIVA, Mapdwell, DAYSIM and umi – are used in practice and education in over 90 countries. The spin-off Mapdwell of SDL has been distinguished with many awards.

Before joining MIT in 2012, Christoph Reinhart led the sustainable design concentration area at Harvard’s Graduate School of Design. From 1997 to 2008 he worked as a staff scientist at the National Research Council of Canada and the Fraunhofer Institute of Solar Energy Systems ISE (1997-2000). In 2001, he received his doctorate from the Technical University of Karlsruhe, building on his past work at Fraunhofer ISE. He has authored over 150 peer-reviewed scientific articles including a text book on daylighting. His work has been recognized with various awards among them the ARUP Best Paper Prize at Building Simulation 2009 and the 2010 Leon Gaster Prize from the Society of Light and Lighting. In 2013 Buildings4Change magazine voted him one of its inaugural Stars of Building in Science.

In addition to his research stay at Fraunhofer ISE, Christoph Reinhart will also attend a symposium for Humboldt Award Winners as well as the annual meeting of the Humboldt Foundation in Berlin. He also plans to attend a reception hosted by the German president. 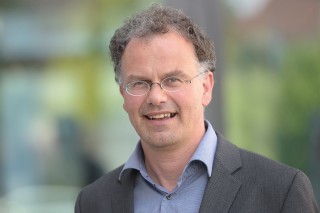