80 – 95% CO2 emission reduction by the year 2050 compared to 1990 is the federal government’s defined objective. This requires extensive infrastructure changes. In order to realize this, technical solutions have to be developed on the one hand and need to be economically acceptable on the other hand. The individual players however also have to change their roles to do their part in the energy revolution. This point is addressed in the sozio-E2S project since the question of the infrastructure transformation is increasingly becoming a challenge, both from a technical perspective and for society as a whole. That is why the energy system analysis in this project is being complemented by the socio-scientific component in order to enable a more far-reaching assessment of possible developments.

Based on the own E2S research project, the sozio-E2S project focuses on decisions to invest in technologies relevant for the energy system. Initially the studies representing the system composition in a future system with different levels of CO2 target achievement were compiled for this purpose in a meta-study. On this basis it was possible to compare the future demand for technology and the current system state. This target system therefore quasi serves as the target 2050 vision.

An overview study of the socio-scientific determinants – in reference to the technologies of the target system and in general – was prepared in parallel, working out what the influences on investment decisions are. This is segmented in particular by private and professional investors.

A methodology is also being developed within the project, allowing the aggregate decision making behavior in the future to be represented on the basis of the individual decisions, for example to illustrate how many private individuals invest in PV battery systems in a certain year. Interdisciplinary project work is being carried out by a team of social scientists, psychologists and energy system analysts in order to make this approach possible.

Publishing a framework that allows users to select a technology path and have its expansion path simulated is the intended result. The annual installations are represented along with a comparison to the target system. In case of major deviations from the target system, options to influence the transformation are suggested to the user. These may for example be political tools such as investment subsidies that could assist with target achievement.

The energy system encompasses a great diversity of possible technologies ranging from generation, storage or the modernization of buildings to prosumer solutions such as the electric car. Thus it is not possible to model all technologies within the scope of the project. Since the framework is being made available as open source however, with a transparent description of the methodology, this makes it possible for other scientists to expand the model framework with additional application cases. 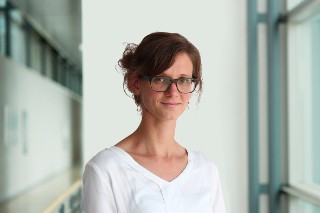