The production of green hydrogen by water electrolysis has gained enormous interest in recent years and considerable efforts are being made in the electrolysis industry to scale up cells and stacks and to significantly increase manufacturing capacities. Along with this, the current debate on the costs of electrolysis systems is characterized by contradictory statements with a wide range of price projections, making a reliable assessment of electrolyzers difficult. To provide the necessary transparency in this discussion on the investment costs of water electrolysis, the Fraunhofer Institute for Solar Energy Systems ISE has set up a bottom-up cost model and performed a cost study on behalf of the NGO Clean Air Task Force (CATF). It can be used to build up a broad understanding of the cost structures of low temperature water electrolysis systems.

Given the fact that green hydrogen will play an important role in climate protection as a sustainable energy carrier, considerable efforts are currently being made worldwide to make electrolysis technology mature and economically competitive for large-scale use. In this context, a reliable understanding of the cost structures of the main water electrolysis systems is necessary in order to take the right measures in the further development of the technology.

For this reason, a fundamental cost model for alkaline and PEM water electrolysis was developed in a commissioned study for CATF, which allows to evaluate in detail the dependencies of the cost shares of the individual technologies and to derive individual cost reduction potentials for these electrolysis technologies.

In the now published study, two system sizes of 5 MW and 100 MW are considered for both alkaline and PEM water electrolysis, to cover the needs for decentralized as well as centralized applications. In addition, a technological forecast for both technologies is taken into account in the models to compare cost structures for components and materials available today (2020) with expected "next generation" developments in alkaline and PEM electrolysis systems (2030).

The cost models are based on a bottom-up approach of the institute, in which typical layouts of the electrolysis plants are first designed and then technical parameters are determined by a steady-state simulation of the energy and mass balances in the systems. Based on these specifications, the cost shares of the individual subsystems and components are determined via price quotation from manufacturers and suppliers and via specific cost functions. Additional costs such as engineering etc., are covered through overhead. A separate model is used for the different stacks, which is also based on a quantification of the components used and specific cost functions. "The added value of such cost models depends primarily on the quality of the price and cost information provided by the manufacturers and suppliers, and we at Fraunhofer ISE can rely on an extensive database due to our long-lasting collaboration with various partners from the industry. This is the decisive advantage of our cost models," reports Marius Holst, one of the authors of this study.

As expected, in all cases considered, the results show that the stack is the most expensive component in the system. Alkaline stacks have a cost advantage over PEM stacks, and this will continue to be the case even in the future. However, due to technological progress and a scale-up in the active area, the specific stack costs can be practically halved within 10 years for both types of electrolysis stacks, from about 200 €/kWDC to below 90 €/kWDC for AEL stacks and from 380 €/kWDC to about 220 €/KWDC for PEM stacks.

… but nearly equal systems costs in the future

Nevertheless, stack costs do not dominate the system costs alone. Instead, they are made up of many individual components such as gas and water treatment, cooling systems and power electronics, see also Figure 2. In particular, costs of the power electronics (rectifier and transformer) should not be underestimated and, as the second most expensive component, also contribute to system costs in the same order of magnitude as the stacks. “This is an important result, especially for further cost reduction strategies in electrolysis systems, and must be given greater consideration for future developments,” concludes Marius Holst. The cost analysis further shows that alkaline systems will also lead to lower system costs in the future. However, the costs almost equalize when the effort for downstream compression is also taken into account. In total, system costs of approx. 400 to 500 €/kW can be expected in 2030, but decentralized smaller systems will remain significantly more expensive.

"These results give us important insights for our own system analyses and show us that through innovation and experience there will still be significant cost reductions in electrolysis in the future. We hope that this study can make its contribution to an objective discussion of future costs," states Mike Fowler, who played a key role in supervising the study on the part of CATF.

Clean Air Task Force (CATF) is a non-profit organization working to safeguard against the worst impacts of climate change by catalyzing the rapid global development and deployment of low-carbon energy and other climate-protecting technologies. 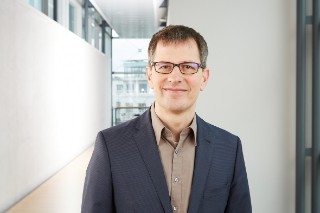