Changing the Energy Landscape: Affordable Electricity for All – Boond Engineering and Mera Gao Power are Both Awarded First Prize of »Solar for All 2016« in Mumbai

Freiburg/Mumbai, October 20, 2016. The Canopus Foundation and the Fraunhofer Institute for Solar Energy Systems ISE, who collaboratively organized the 2nd »Solar for All« Contest for Innovative Community Solar Electrification Solutions 2016, yesterday announced the winners. For the past nine months, »Solar for All« was running the Contest to find the best innovations in providing rural low income communities in remote regions without access to energy with affordable and clean solutions, focusing on scalability, technical standards and a developed market approach. The Award Ceremony took place in Mumbai and was hosted by Intersolar India.

“Several very interesting projects have been running for this year’s Solar for All Contest and we are very pleased that the two winners of the first prize are from India, a country which itself is affected by low energy access and which is an appropriate location for this prize ceremony”, says Prof. Eicke Weber, Jury Member and Director of Europe’s largest solar energy research center, Fraunhofer ISE.

During a second meeting of the »Solar for All« Jury in Mumbai yesterday, the four finalists presented their projects. From a number of high-quality submissions from mostly Subsaharan Africa, South Asia and Oceania, Boond Engineering and Mera Gao Power have been awarded the first prize of the »Solar for All« Contest 2016, both receiving a 200,000 Euro loan for 8 years at 6 percent interest and no collateral required. A crowd­funding campaign has been launched by bettervest GmbH to raise the prize money on www.bettervest.com. Marilyn Heib, Co-Founder at bettervest, is impressed: “Every finalist we saw today is a winner, because they do the basework for change in the world. Today we have decided to award two outstanding companies with the first prize.”

Devergy receives a Special Prize of 10,000 Euros from the Siemens Stiftung and a membership offer for Siemens’ international support program "empowering people.Network". Rolf Huber, Director at the Siemens Stiftung, says: “Devergy convinced us through their holistic model including technical, financial and social impact goals”

Village Infrastructure Angels has been offered coaching with bettervest for the possibility to enter a crowdfunding campaign on their platform.

More information on the winners
First prize winner Boond Engineering and Development (P) Ltd. from India has developed an innovative pre-paid metering technology for HVDC Solar Micro-grids which has the potential to play a transformative role in ensuring affordable energy access for all. It already has provided clean energy solutions to more than 25.000 institutions – including schools, healthcare clinics, banks, and others.
www.boond.net

First prize winner Mera Gao Power, also from India, have designed a low-cost micro grid and business model able to serve poor households with life-changing power for $2 per month while generating a payback period of under 3 years on each investment.
www.meragaopower.com

Devergy East Africa Ltd, who received the special prize from the Siemens Stiftung, is a social energy services company that provides low-income, off-grid communities in emerging markets with modern access to electricity.
www.devergy.com

Village Infrastructure Angels who have been offered coaching with bettervest, connect investors to 3-5 year lease-purchase micro-infrastructure projects that use daytime solar power for daytime productive use like value-adding and labor-saving community-scale solar mills.
www.villageinfrastructure.org

»Solar for All« is a global initiative to make significant advances in the goal of making solar energy affordable to the 1.1 billion people on this planet without access to electricity. www.sfa-pv.org 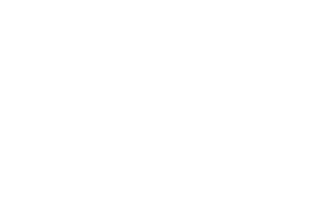