The precise and reproducible characterization of photovoltaic laser power converters independent of cell design under monochromatic light presents a challenge: First of all, measurements carried out under direct laser radiation are affected by the inherent inhomogeneity in the irradiation profile. Second, the actual laser power must be determined indirectly and thirdly, the test cell heats up during measurements under continuous irradiation exposure.

At Fraunhofer ISE we have constructed a measurement station that works around these restrictions. With this setup, the current-voltage (I-V) characteristics of a laser power converter can be measured under monochromatic laser light at controlled conditions. First, the diameter of the laser beam is increased and then homogenized using a specially designed optic. To monitor the intensity, part of the beam is redirected to a monitor cell. The entire I-V curve is then measured within a millisecond laser pulse in order to prohibit cell warming. By varying the laser power, measurements can be taken under different irradiances.

With this measurement station, we are able to successfully carry out calibrated and reproducible characterizations of laser power converters under controlled conditions and varying irradiances.

Besides this measurement station, we also have a calibrated setup for measuring the spectral response and the spectral quantum efficiency at the CalLab PV Cells. Together with spectral reflectivity measurements, we determine the internal quantum efficiency of photovoltaic cells. Using spectrally and spatially resolved electroluminescence measurements, we investigate the material properties and quality of the photovoltaic structure. 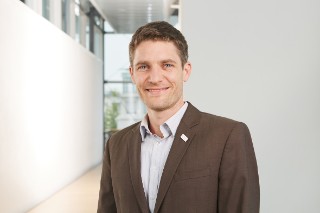