The current discussion about air pollution in large cities, in particular the emission of nitrogen dioxide by diesel vehicles, is increasing awareness among local public transport operators of environmentally friendly and locally emission-free mobility.

In the project "FrHyBus", the Fraunhofer ISE is analyzing existing and future public transport bus routes in the greater Freiburg area with regard to their potential for use of hydrogen fuel cell busses. Beside the overall potential for Hydrogen Busses in Freiburg the Fraunhofer ISE aims to identify a setup for a first small scale introduction of Hydrogen Busses. Furthermore a concept for local hydrogen supply of these busses is to be developed.

Compared to conventional drive systems, hydrogen fuel cell buses are essentially characterized by their locally emission-free drive system. Hydrogen and atmospheric oxygen react in a fuel cell to form water and electricity, which is used in an electric motor to drive the bus. In addition to that these buses feature low noise emissions so that fuel cell buses contribute to a quieter city. In contrast to battery-electric buses, which have a large battery instead of a fuel cell, hydrogen fuel cell buses are also characterized by a significantly longer range and a much shorter refueling time.

In this project, Fraunhofer ISE, together with the city of Freiburg and major bus operators in the region (VAG and Südbadenbus), collects information on existing and future bus routes. With this data the potential for introduction of hydrogen-based bus transport in the greater area of Freiburg will be determined. Among other aspects, hydrogen fuel cell buses battery electric busses and busses with fuel cell range extenders will be compared in order to identify which parts of the public transport system can be supplied by hydrogen or battery powered vehicles and which parts of the transport systems need to adapted or supplied with conventional fuels. The planned result is a concept for full implementation of renewable powered busses as well as a concept for a small scale introduction of hydrogen powered busses including refueling locations and a concept for the (local) hydrogen supply chain.

With this the Fraunhofer ISE and its partners aim to generate a vision for the future emission free citybus mobility in the region of Freiburg as well as a first implementation step for the introduction of Hydrogen powered busses in Freiburg. 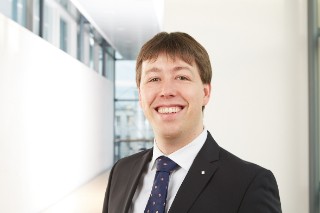