Due to the energy revolution, the loads in the power grids are changing. Generation plants and additional consumers must be integrated. Subsequently, the need for grid expansion planning measures increases. At the same time, smart grid technologies were developed to reduce the costs of grid expansion. The challenge for grid planners is both increased planning volume and an increase in complexity due to the additional technologies. Therefore, the overall objective of the project is to automate and optimize the grid expansion planning in the low-voltage distribution systems in order to ultimately reduce the grid fees and thus, also the costs for the end customer.

Fraunhofer ISE's contribution to the project’s success is the development of algorithms for optimal grid expansion planning. In this project, the cost-optimal grid expansion is the combination of actual measures to upgrade the grid and the use of flexibilities in order to avoid grid expansion. A further point at which the current grid planning procedure is extended is the integration of measurements in order to estimate grid loads. As a result, the balancing effects of generation and consumption on the grid do not have to be considered in isolation, thus reducing the assumed grid load for planning, which reduces the need for grid expansion. If there are not enough measurements available, grid users are characterized as far as possible with freely available data so that specific load profiles can be generated with the load profile generator of Fraunhofer ISE's synPRO.

Where possible, simple planning guidelines are derived from the findings of the improved grid planning process, which help to reduce the need for grid expansion and at the same time reliably avoid grid overloads. 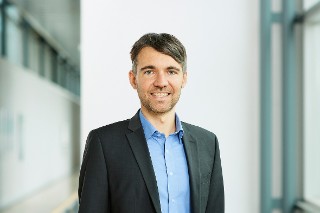