In concentrator photovoltaics (CPV), there are systems that are operated with active cooling so that thermal energy can be used in addition to electrical energy (CPV-T systems). Overall efficiency greater than 75 % have already been realized in CPV-T systems.

In the project, we developed a system combining concentrator photovoltaics for co-generation of thermal and electrical energy (CPV-T) with hybrid desalination systems of reverse osmosis and membrane distillation. The complete system (Fig. 1) was investigated in theoretical simulations. In the example, we treated brackish water using reverse osmosis with a high recovery rate of 80 % and subsequent further concentration in a membrane distillation. We could demonstrate that the salt content of the brackish water can be increased from 10 to 122 g/kg. Thus, 4306 l pure water can be produced from 4680 l brackish water in this simulated example. During membrane distillation, thermal energy of 116 kWh is needed that is generated in the CPV-T system. Based on available meteorological weather data, only 23 % of the electrical energy generated in the CPV system was used for operating the desalination systems on the sample day. This means that additional electrical energy is generated that can be used for other purposes.

We developed a CPV-T system for experimental investigations and installed a mirror system at Fraunhofer ISE (Fig. 2). First tests with a thermal receiver resulted in a maximum thermal efficiency of more than 79 %. 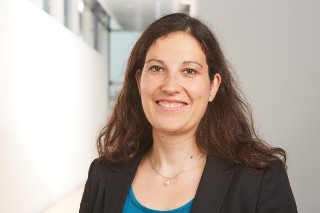 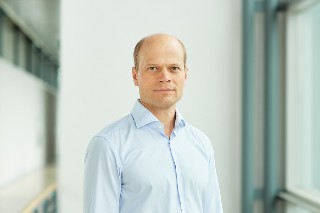