Among others, Grunewald produces molds for the automotive industry. The objective of this feasibility study was the optimization of mold cooling, e.g., for the production of molded carpets. Current cooling concepts are based on stainless steel tubes that are cast in aluminum molds in a meander pattern. Due to insufficient cooling, hot spots often occur during the cooling process, which determine the cycle time, as the demolding process can only take place at a certain temperature. The objective of the project was more efficient cooling. This should be achieved with fitted FracTherm® structures of Fraunhofer ISE. The result is shorter cycle times and thus, energy savings.

Due to the 3D surface geometry of the molds, close-contoured cooling is also a challenge for the FracTherm® algorithm, as it currently can only be used for 2D surfaces. For this reason, the geometry of a prototype mold was divided into five areas. The surfaces of these areas were then each processed by Grunewald as 2D geometry and fitted by Fraunhofer ISE using a suitable FracTherm® channel structure. Next, the five FracTherm® structures were transferred again into the 3D geometry and connected hydraulically in the CAD program. The prototype mold was casted and CNC-milled by Grunewald. Experiments were conducted using this mold and thermal images taken. The result was good cooling also in the critical areas such as the edges. Further optimization potential was identified for other areas. Hydraulic short circuits between the upper and lower shell and additional pressure losses due to 3D channel routing are suspected as causes. A FEM simulation of a FracTherm® channel structure of the mold shows a cooling time reduction by 50 % compared to the conventional system. Overall, the results are assessed as very positive. A follow-up project for joint further development of bionic mold tempering with FracTherm® is pursued. This project should also consider other applications, such as plastic injection molding, pressure die-casting, blow molding, or carbon fiber applications. 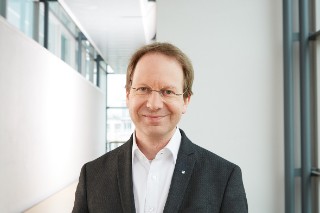