Around ten thousand tons of silicon in discarded photovoltaic modules end up on the recycling market annually in Germany. This figure will rise to several hundred thousand tons per year by 2029. Currently, the aluminum, glass and copper of the discarded modules are reprocessed, however, the silicon solar cells are not. In order to be able to reuse the silicon, researchers from the Fraunhofer Center for Silicon Photovoltaics CSP and the Fraunhofer Institute for Solar Energy Systems ISE together with the largest German recycling company for PV modules, Reiling GmbH & Co. KG, have developed a solution, in which the silicon in the discarded modules was recycled on an industrial scale and reused to produce new PERC solar cells.

Most PV systems in Germany were installed between 2009 and 2011 during the first wave of photovoltaic expansion. "This expansion will foreseeably be followed by a first wave of disposal twenty years later, around 2029, when the feed-in tariff for the installed PV modules expires," explains Prof. Dr. Andreas Bett, Institute Director of Fraunhofer ISE. "Therefore, it is necessary to establish adequate processes and procedures for recovering the silicon material from the discarded modules at an early stage.” Already in 2021, the total installed quantity of PV modules in Germany was about five million tons, with a silicon content of 150,000 tons. As a semiconductor material, silicon is the main component of solar cells.

A working group at Fraunhofer CSP, together with Reiling GmbH & Co. KG, has therefore developed a process for recovering the silicon material with funding from the German Federal Ministry for Economic Affairs and Climate BMWK (formerly BMWi). With this process, it is possible to recycle all crystalline silicon PV modules, regardless of manufacturer and origin. Prof. Dr. Peter Dold, project manager at Fraunhofer CSP, explains: "If this were not the case, then this would be far too much work for the recycling companies. It was important for us to develop a scalable process that makes economic sense. A lot is possible in the lab, but our new process should prove itself in the practice for the recycling industry."

For the process, solar cell fragments are separated and collected from by-products of the mechanical recycling process, which is already established. At Fraunhofer CSP, the cell fragments with sizes from 0.1 to 1 millimeter are first freed from the glass and plastic by various sorting processes. This is followed by the step-by-step removal of the backside contact, the silver contacts, the anti-reflective layer and finally the emitter by wet chemical etching. The silicon cleaned in this way is processed into monocrystalline or quasi-monocrystalline ingots in standard processes and then into wafers.

The crystallization is carried out with 100 percent recycled silicon without the addition of commercial ultrapure silicon. The wafers made of recycled silicon were fabricated into PERC solar cells at Fraunhofer ISE's PV-TEC. In the first trial, the solar cell conversion efficiency was 19.7 percent. "This is below the efficiency of today's premium PERC solar cells, which have an efficiency of around 22.2 percent, but it is certainly above that of the solar cells in the old, discarded modules," says Dold, putting the initial results into context.”

Development of an Industrial Recycling Process for PV 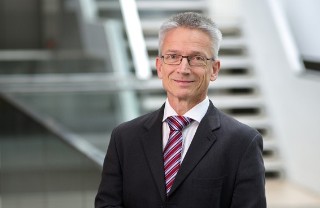