A Glimpse into Real-Time Methanol Synthesis: Dynamic Operation of a Miniplant at Fraunhofer ISE

Methanol will gain importance as a chemical energy carrier in the course of the energy transformation. As part of the "Power-to-Methanol – Green Methanol" project, the Fraunhofer Institute for Solar Energy Systems ISE successfully commissioned a miniplant for methanol synthesis –the production of methanol from hydrogen and CO2 – in December 2019. Featuring a measurement technique with high temporal and spatial resolution, the setup enables researching methanol synthesis, among other things, within the framework of so-called Power to Liquid processes on an industrial scale. Here, the main focus of the investigations is on dynamic reactor operation and unconventional gas compositions using hydrogen produced by electrolysis and gas streams containing CO2.

With an annual production of over 100 million metric tons, methanol is already one of the most important commodity chemicals worldwide. Conventional production processes based on fossil raw materials such as natural gas, coal or crude oil have reached technical maturity over the past decades, but cause high CO2 emissions. "In contrast, methanol synthesis in so-called Power to Liquid processes offers the potential to bind CO2 from biomass, for example, and to reuse it," explains Dr.-Ing. Achim Schaadt, head of the Thermochemical Processes department at Fraunhofer ISE.

The "Power-to-Methanol – Green Methanol" project, which is funded by the German Federal Ministry for Economic Affairs and Energy and led by DECHEMA e. V., is researching this type of alternative. The industrial partners are CropEnergies AG, a member of the Südzucker Group, the specialty chemicals group Clariant and thyssenkrupp Industrial Solutions AG. Academic partners are the Fraunhofer Institutes IGB and UMSICHT and the TU Bergakademie Freiberg. "The project aim is a scientific and economic examination of the feasibility of a methanol synthesis using renewable electricity and biogenic CO2 from a biorefinery that produces renewable ethanol,” says project leader Max Hadrich, head of the Power to Liquids team at Fraunhofer ISE.

Investigations on the Dynamics of Methanol Synthesis

The miniplant converts hydrogen and CO2 to methanol in a continuous process. In this reaction, heat is released and water is produced as a by-product. A number of questions still need to be answered, however, before this process in combination with a biorefinery can be implemented on an industrial scale. For example, such high CO2 contents in the synthesis gas lead to accelerated aging of the catalyst and to lower chemical yields. Furthermore, fluctuations both in the amount of hydrogen produced by renewables and in the process for the provision of CO2 may require dynamic synthesis operation. "This results in a wide range of combinations of technical operating points that must first be investigated before sustainable methanol synthesis can be implemented on an industrial scale. Such a dynamic is simply not provided for in processes used today,” says Florian Nestler, doctoral student at Fraunhofer ISE.

Dr. Andreas Geisbauer, power to liquid expert at the project partner Clariant confirms: "Producing methanol from CO₂ and 'green' hydrogen places high demands on catalysts performance. The new plant is an important milestone on the way to develop optimized catalysts and processes for this demanding application.”

Simulations and Experiments from a Single Source

At Fraunhofer ISE, the new boundary conditions for methanol synthesis are being investigated experimentally and by means of simulations. The focus is on the catalytic processes in the synthesis reactor. A dynamic simulation platform has been developed for this purpose, which can calculate steady-state and dynamic heat transfer, the reaction behavior as well as temporal and spatial temperature curves.

In order to successfully apply the technology to an industrial plant with the least amount of effort and in a short period of time, a scale-down of an industrial synthesis reactor was constructed. This reactor is the heart of a miniplant which was designed and built by researchers at Fraunhofer ISE. A specially adapted cooling system enables the miniplant to operate with a thermal and reaction-kinetic behavior similar to that of a large-scale plant.

The miniplant shall help to validate and extend the modeling and simulation approaches found in the literature. For this purpose, an analytical system with high temporal and spatial resolution was integrated into the mini-plant. This allows on the one hand, a dynamic measurement of the product concentration by means of Fourier Transform Infrared Spectroscopy (FT-IR) and, on the other hand, a spatially resolved temperature measurement inside the reactor by means of a novel fiber-optic measuring method. In combination, these measurement data provide real-time information in the range of seconds about the processes in the reactor and can be used to adapt the model parameters for both steady-state and dynamic simulations. In the future, it will not only be possible to obtain information on reaction kinetics but also on the deactivation of the catalyst in long-term measurements. Operating points can be characterized very quickly, allowing even extensive parameter ranges to be processed quickly.

The knowledge gained in this way will be linked to the existing dynamic simulation platform of Fraunhofer ISE. This enables the investigation of load changes as they would occur in real industrial plants in the future. This in turn generates valuable data that helps to ensure that methanol can be obtained from sustainable raw materials and renewable electricity and can thus be used in various applications as an energy carrier, chemical, and fuel (additive).

Conversion of renewable energy to liquid fuels and chemicals such as methanol, oxymethylene ether, ammonia, and Fischer-Tropsch products. 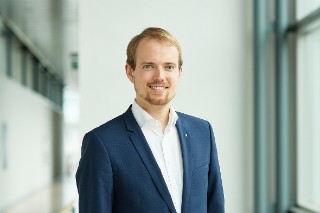