In honor of her excellent research, Dr. Laura Mundt was awarded the Eva Mayr-Stihl Young Researcher Award of the Eva Mayr-Stihl Foundation. Her doctoral dissertation entitled “High-Resolution Analysis of Perovskite Absorbers in Photovoltaics” was carried out at the Institute for Sustainable Technology Systems (INATECH) of the University of Freiburg and the Fraunhofer Institute for Solar Energy Systems ISE in Freiburg. The prize was awarded at the opening ceremony of the 2019/2020 academic year in Freiburg.

In Freiburg, Laura Mundt worked on the spatially resolved characterization of perovskite solar cells, which differ substantially from standard silicon solar cells. In the past years, perovskite solar cells have received a lot of attention due to their promising material characteristics and efficiency potential. This technology is still quite young, yet impressive efficiencies of over 20 percent have already been demonstrated for small areas. To compare, the classical silicon technology first reached the twenty percent efficiency mark after decades of R&D research.

“Mostly I have been working on localizing and quantifying power losses in perovskite solar cells in order to understand the origin of these losses and ultimately reduce losses in the future,” explains Dr. Laura Mundt, who is presently a postdoctoral research fellow at the SLAC National Accelerator Laboratory of Stanford University in Palo Alto, California. “Being in Stanford, I unfortunately cannot accept the prize in person, as I believe that the flight across the Atlantic solely for this purpose is not compatible with a sustainable research prize,” she adds.

“The analysis and measurement methods developed by Laura Mundt have already been of great value in the development of small area perovskite solar cells and will only gain importance when upscaling the technology, a process which is now underway,” says Prof. Stefan Glunz, doctoral supervisor and division director at Fraunhofer ISE.

In addition to pure perovskite solar cells, so-called perovskite-silicon tandem solar cells can be made by using both perovskite and conventional silicon materials. Fraunhofer ISE and INATECH have joined forces to work jointly on this very exciting option.

The Eva Mayr-Stihl young researcher prize, endowed with 5000 euros, honors excellent doctoral dissertations in the field of sustainable research. Since 1989 many private persons as well as institutions have given more than two million euros to the University of Freiburg for prizes supporting promising young talent. 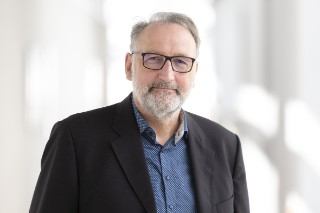