As part of the PersiST project funded by the German Federal Ministry for Economic Affairs and Energy (BMWi), Fraunhofer ISE was able to achieve over 25 % efficiency for a perovskite silicon tandem solar cell.

An a-Si/c-Si heterojunction solar cell textured on the back surface was used for the bottom cell. A layer of indium-doped tin oxide (ITO) served as the electrical connection to the perovskite solar cell. On top of this, we deposited a very thin layer of an organic hole conductor, followed by the perovskite absorber. Using the absorber compound FA0.75Cs0.25Pb(I0.8Br0.2)3, we were able to achieve an optimal band gap of 1.68 eV and high stability. A layer of evaporated C60 acted as electron contact, followed by SnOx and another ITO layer.

In the Fraunhofer lighthouse project MaNiTU, we are developing this technology further with the aim of achieving even higher efficiencies. We are also researching lead-free alternatives for the absorber. Based on the assumption that we succeed in achieving high efficiencies of 28 % and a service life of at least 23 years for the tandem cells, an initial life cycle analysis indicates that great added ecological value exists already at this point. This is due to the fact that the layers of the perovskite solar cell are very thin and that the higher efficiency significantly reduces the CO2 footprint per kilowatt hour of electricity generated.

The situation is similar for the electricity generation costs: The production of the additional layers for the perovskite solar cell is prospectively possible at very low costs. Overall, the efficiency increases significantly and the cost per kWh of electricity generation decreases. In a detailed cost analysis, we found that perovskite silicon tandem solar cells are particularly promising for rooftop and other applications with area constraints. Aside from this, they promise a significant cost advantage over single-junction silicon solar cells, assuming that perovskite technology stays on track and reaches a level where the efficiency of industrial-scale tandem solar cells exceeds 30% in the near future. The aim is to implement cost-effective processes and make the lifetime of the modules comparable to that of silicon. 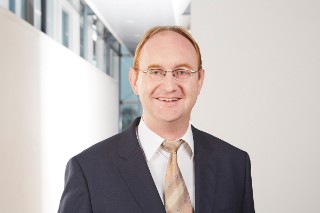