In process technology, fouling is a permanent problem and is estimated to cost 0.25% of GDP in industrialized countries. Evaporative cooling towers, which are frequently used in industrial processes and refrigeration plants to dissipate waste heat to the environment, are also subject to fouling:  as they work with untreated outside air, they are exposed to both natural (e.g. pollen) and man-made (e.g. industrial dust) pollution.

Since there is hardly any congruent data available on the quantitative influence of fouling on the thermal performance of cooling towers, Fraunhofer ISE is conducting a corresponding series of tests. For this purpose, a closed cooling tower is tested under a variety of operating conditions and with different contamination conditions of the tube bundle.

Based on this, an algorithm for the automatic detection of the performance degradation due to fouling in cooling towers shall be developed. It will then be tested for transferability and robustness in a laboratory system and also on field installations.

Approx. 13% of the total electricity consumption in Germany is used in refrigeration applications (71,000 GWh). The provision of cooling requires waste heat to be transferred to the environment, which is predominantly realized by wet or dry heat rejection plants. The heat rejection plants are estimated to cause  up to 20% of the total electric power consumption for cold production. A significant proportion of this is caused by contamination/fouling and can be reduced by performance monitoring and adequate cleaning.

In the project, an automated energetic operation analysis for cooling towers is to be developed, the functionality of which goes far beyond existing process water monitoring systems. The starting point is a characteristic curve approach developed at Fraunhofer ISE which allows the evaluation of the current operating condition in comparison with the design point or reference operating phases with only a few measuring points

For this purpose, available information on the contamination of heat exchangers and cooling towers are evaluated at the beginning of the project. Based on literature sources, systems of equations for energetic performance monitoring are then derived. At the same time, a laboratory test facility for testing  a closed wet cooling tower under arbitrary operating conditions is set up. Here, investigations are carried out on the influence of contamination on the thermal transfer performance. In addition, it will be tested to what extent performance degradation during fouling at the heat exchangers can be detected on the basis of the equation systems. The objective is to achieve good detectability with as few measuring points as possible.

In the next step, the transferability of the developed approach for performance monitoring into practice and the robustness under real conditions are to be tested. For this purpose, several cooling systems in the field are equipped with measurement technology. In order to enable automated monitoring, the equation systems shall be embedded in independently running software algorithms. 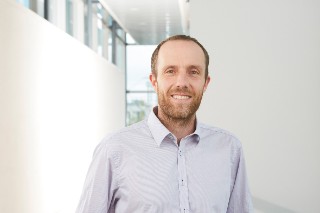