Due to the increasing proportion of electricity generated from fluctuating sources, seasonal storage is needed on a large scale. The power-to-liquid approach that we are pursuing aims to generate large quantities of hydrogen by the electrolysis of water using sustainable energy sources. The hydrogen is then converted to methanol by reaction with carbon dioxide. Liquid methanol is easy to store and transport. At Fraunhofer ISE, a very compact test rig was designed and constructed, which is aiding the process optimisation and design of an industrial system for Solvay Fluor GmbH.

Methanol is one of the most important raw materials for the chemical industry. The annual global production is about 60 million tonnes (2012). About 85% of it is used as a raw material for synthesis or as a solvent. The rest is used in the energy sector as a fuel or a fuel additive. Natural gas is currently almost the only carbon source for methanol production, although this releases large amounts of greenhouse gases. These emissions could be reduced significantly if carbon dioxide – ideally from biogenetic processes – is converted together with regeneratively produced hydrogen to form methanol, as our life cycle assessment calculations have demonstrated.

Before starting experimental tests, we carried out process simulations based on the steady-state kinetic model of Bussche and Froment to dimension and analyse our two-stage system. As methanol synthesis is an exothermal process, low temperatures are thermodynamically favourable. However, the currently used catalysts only become sufficiently active above temperatures of typically 250 °C. An important project goal is thus to use more active catalysts which are effective at lower temperatures. At present, a conventional Cu/ZnO catalyst is being tested at Fraunhofer ISE to take the system into operation and establish a suitable reference system. 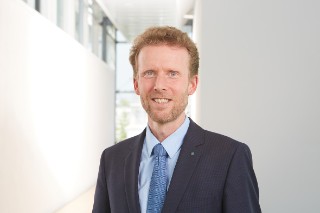