Part of a façade of laboratory building R at Fraunhofer ISE consists of architecturally integrated PV modules that were developed and produced at Fraunhofer ISE.  A total of 70 BIPV modules were installed to form the “RDemo façade”, 60 of them in October 2015. Monitoring data is now available for the overall system for a period of twelve months, which enables the first comparison of measured yield data with the results of the yield simulations conducted within the RDemo module project. The annual yield measured for the overall system amounts to 5267 kWh. The result of the yield simulations is 5446 kWh, so the deviation amounts to only 3.4 %.

To assess the overall system yield by comparison with simulations, the irradiance in the façade plane was determined as an input value, using a structurally identical BIPV module operated in the Isc mode. This avoided any uncertainties due to dependence of the different sensors for irradiance on the incidence angle. In the first year of operation (November 2015 to October 2016), the measured irradiation totalled 732 kWh/m2/a. The module temperatures measured in the same period cover a range between -9 °C and 88 °C.
Starting from the measured irradiance values and the cell temperatures calculated from the irradiance, ambient temperature, and module design, the DC yield of the system was calculated. The modules were described using the two-diode model, enabling the calculation of irradiance and temperature-dependent IV characteristics. The figure shows the measured output values for the first string from the second installation stage versus the simulated output values. The total annual DC yield for both strings of the second installation phase with 60 modules is 4664.4 kWh. The simulated annual yield of 4680.9 is 0.4 % higher. Starting from the simulated DC yield and information from the data sheet of the inverters, the AC yield was calculated using the Schmidt and Sauer model. The effective efficiency value of the inverter for this sub-system, as determined from the measured values, amounts to 95.7 % (simulated 97.2 %). 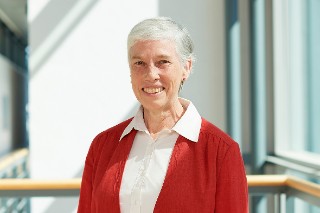