The aim of the project is a spatial model of the solar potentials of German and international traffic routes in daily and annual cycles, including the local shading situation, as well as irradiation measurements on vehicles of commuters, families and commercial vehicles in a Citizen Science (CS) campaign. These data are to be compared with satellite-based irradiation data.

Vehicle-integrated photovoltaics (VIPV) can support the energy supply of land vehicles and ships. VIPV increases the range of vehicles with (partially) electric drive and allows, completely independent of the type of drive, a partial supply of the on-board electrical system and cooling units. VIPV thus opens up potentials for cost and CO2 reduction in logistics companies that, for example, transport refrigerated freight on European routes. The irradiation and yield potential depends to a large extent on routes, times of day and usage profiles. The main objective of "PV2Go" is a spatial modelling of the solar potential for daily and annual traffic routes, taking into account the local shading caused by terrain and buildings.

The large amounts of data required for this (solar radiation, location of traffic routes, digital surface models, LIDAR data, aerial photographs, classified satellite images, e.g. for land use) are to be obtained from public data sources wherever possible. Among others, OpenStreetMap, the European Union’s Earth observation program "Copernicus" and data from public administrations (see INSPIRE Directive of the European Union1) are available.

In addition, a CS campaign will engage with interested citizens, the Citizen Scientists, and use a low-cost sensor developed by ISE to collect data on irradiation, temperature, position and speed on a variety of vehicles, with the help of the citizen scientists. On the one hand, these data serve to validate the solar potential model, but also to obtain and define typical usage profiles in the transport sector. Great attention is paid to compliance with the European Data Protection Regulation (DSGVO or GDPR). 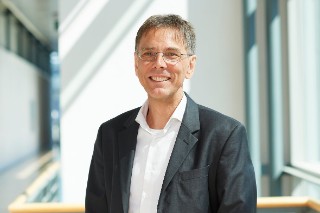