The battery market is increasingly dominated by lithiumion (Li ion) cells for stationary and portable applications and the electromobility sector. To reduce the cost of this type of storage technology, production of these cells must become more cost-effective. An essential component of the production process is initial cycling of the battery through a well-defined charging-discharging sequence – so-called formation – and subsequent aging. This procedure takes a long time and is thus expensive. In the ”Protrak“ project, Fraunhofer ISE simulates the processes which occur during formation. Based on these results, new formation procedures are being developed, which are significantly faster and simultaneously improve the properties of the Li ion cells.

Common formation and storage processes from the industry and scientific research were investigated within the ”Protrak“ joint research project. Parameters relevant to the formation process were derived from the investigations. Together with Fraunhofer ISIT, possible modelling approaches were developed by Fraunhofer ISE as a basis for further work.

The test cells needed for model development were provided by Fraunhofer ISIT. Based on the model developed and experimental formation tests, optimized formation cycles were defined which enable the required calendar lifetime and cycling stability to be reached, as well as significantly reducing the time needed for this processing step. This work is fundamental to optimize processes also for cells based on other chemical reactions. Fraunhofer ISE filled the cells with electrolyte and carried out the formation sequences (Fig. 1).

In addition, Fraunhofer ISE developed a test stand for highly accurate coulomb metering (Fig. 2). Different possible formation cycles are investigated there under well-defined conditions in large test matrices. In the cell production process, large numbers of cells must be temporarily stored under specified conditions for so-called aging tests. A process based on highly accurate coulomb counting and optimized formation cycles is currently being developed to significantly reduce the time and resources needed for these tests. 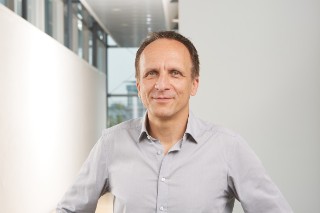