The smart home of the future is networked, energy-efficient, and active in the power grid. The energy control unit estimates the electricity generated by its own PV system and the household consumption for the next few hours. It develops strategies e. g. to raise the share of internal electricity consumption, avoids generation and load peaks, and operates actively in the electricity market. To achieve this, certain loads or storage units are operated flexibly, coordinated by the central energy control unit. Electric vehicles, which do not always have to be fully charged immediately and heat pump systems are particularly well suited for this task. In the “Fellbach ZEROplus” project, this type of home energy-management system is being developed and practically tested by residents in energy-plus houses.

Electric vehicles with their high charging power are a challenge and, at the same time, a chance for the power grid. In the power grid of the future, it is important to react to fluctuating generation on the consumer’s side and to avoid charging processes at the same time, ideally without the consumer knowing. In order to calculate an optimal charging schedule, the system must know the current battery state of charge and the planned distance and departure time for the next trip. The energy management system uses this information together with weather forecasts and consumption predictions from historical data to estimate the energy flows in the house, and can thus generate an optimal charging schedule. This system was implemented within the “OpenMUC” software framework, which was developed at Fraunhofer ISE (www.openmuc.org). The modular concept allows the flexible adaptation for different applications. It supports a large number of communications protocols and contains integrated monitoring, which simplifies the development of customized solutions for the Smart Grid and Smart Home area. In the project, OpenMUC connects electricity meters, charging infrastructure, heat pump, and user interface with one another.

The energy management system is currently being tested in a two-year field test in a group of energy-plus houses in Fellbach. Different forecast algorithms and optimization strategies are being tested and the usability and user acceptance of the complete system are being investigated. Because only intuitive operation in daily life leads to success. 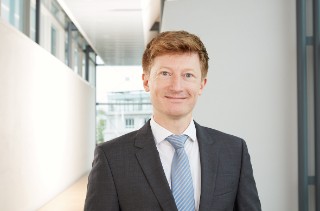