Customer-specifically produced PV modules for building integration (BIPV) are developed and tested in pilot applications of the “Construct-PV” EU project. The project focuses on BIPV applications in the opaque area of the building envelope. The development priorities are high yield, appealing aesthetics, and low costs. Here, not only the production costs of the modules, but also the planning, installation, and operation costs are considered. Particular attention is paid to the amortization of the additional investment costs [€/m2] that are incurred due to the integration of the “solar power generation” function into the building envelope. In the project, several patents were filed for new developments. In this article, newly BIPV slates and their promising electrical behavior under climatic and mechanical loads are presented.

One of the new developments in the “construct-pv” project is BIPV shingles for facade or roof integration. Here, the modules form the water-bearing layer of the building envelope and replace thus the roof shingles or facade siding. Leak-tightness is ensured starting from an angle of inclination of 10°. The used glass-glass modules contain high-efficient crystalline heterojunction solar cells made by project partner Meyer Burger that are electrically connected using many thin wires in “smart wire” technology invisible from the distance.

The modules are attached to bitumen shingles that can be simply nailed onto a wooden sub-construction. The bitumen shingle underneath the PV module may have the same surface as the adjacent conventional shingles to ensure a uniform appearance. Thin metal lamination made of copper or stainless steel is possible as shingle surface. The shingles can be cut to size in the edge area using a carpet knife. They can thus be easily adjusted to the circumstances on site. This way, no high-precision measurement of the installation situation is required prior to the production of customer-specific elements. Thus, the industrially prefabricated BIPV shingles form a system together with the adjacent shingles that lowers planning and installation costs and that does not require a high level of education of the installers.

After the newly developed BIPV slates had proven themselves in test roof structures installed by project partners, their electrical properties were evaluated in the accredited TestLab PV Modules of Fraunhofer ISE. Those climatic-chamber and mechanical tests were selected from IEC Standard 61215-1/-2:2016, “Design qualification and type approval”, which had been classified as critical for module output for this unusual material composite of glass-glass-PV modules and bitumen slates. After the initial characterization, which included determining the module output under STC conditions, the following tests were performed: Light-induced degradation, UV test, thermal cycling test, damp heat test, and damp frost test. After all tests, the STC output of the BIPV modules was within the limits required by the standard. These results provide the manufacturer Tegola with good pre-requisites for passing all IEC tests and thus for product approval. 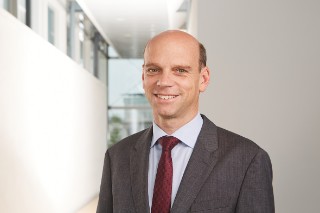