While the trend in new car purchases is toward electric vehicles, liquid fuels will continue to be widely used in heavy-duty transport, shipping, aviation and stationary operations for some time to come. In this context, oxymethylene ethers (OMEs) as e-fuels can significantly reduce soot and nitrogen oxide emissions from diesel engines. One hurdle to their large-scale industrial production has so far been water management in the synthesis process. In the project "COMET- Clean OME Technology", the Fraunhofer Institute for Solar Energy Systems ISE and the industrial partners ChemCom Industries B.V. and ASG Analytik-Service AG have developed a technical solution that enables an OME production process on an industrial scale.

As e-fuel, OME can be blended with diesel fuel and used in the diesel engine. The existing infrastructure for transport, storage and distribution can continue to be used. The potential is enormous: With an admixture of 10 percent in diesel fuels, around 440 billion liters diesel equivalent of OME are needed   worldwide every year. The use of OME as a pure fuel is also possible. This is particularly interesting where low emissions are important (e.g., in inner cities) or where engines are supplied with their own fuel (e.g., at construction sites). When produced sustainably from renewably powered water electrolysis and captured CO2 in a power-to-liquid process, OME can reduce well-to-wheel CO2 emissions by up to 86 percent compared to fossil diesel. OMEs are environmentally friendly and non-toxic, and their relatively high boiling points and high sorption capacity at moderate pressure and temperature levels also make them attractive as a physical solvent, e.g., for CO2 absorption.

"These versatile applications make the sustainable production of OME on a large scale necessary.  Industry and research have been working on scaling up the process for almost two decades. In particular, the separation of water from the product mixture before or after OME synthesis, i.e., the water management, has been a challenge," says Dr.-Ing. Ouda Salem, inventor of the COMET process and head of the Power-to-Liquids group at Fraunhofer ISE.

Fraunhofer ISE has been working for several years with industrial partners ChemCom Industries B.V. from the Netherlands and ASG Analytik-Service AG from Germany on a process that relies on an efficient OME synthesis step using methanol and concentrated formalin as feedstock. The patent-pending COMET concept focuses on removing water after OME synthesis in a reactive distillation column, solving the problem of water management. The extraction, adsorption or even membrane techniques used in previous approaches are not necessary anymore. Due to the allocation and operating conditions of the reactive distillation column, significantly higher conversions and selectivity are possible in the OME synthesis, which leads to efficiency increases.

After proof-of-concept of the process in early 2021, the project team successfully demonstrated the integrated process on a pilot plant scale in summer 2021. For this purpose, a newly developed COMET plant – coupled with an industrial pilot plant for reactive distillation and product purification – was used. The first approximately 250 liters of OME product in an industrial environment achieved the quality in compliance with the standards. "The COMET process concept has the major advantage that the reaction conditions and the ratio of reactants in the reactive distillation column can be adjusted to achieve the desired distribution of the final OME product. In addition, other short-chain OMEs can be provided as a by-product if required. In this way, various suitable markets for OMEs can be served," explains Erik Bastiaensen, Business Manager of ChemCom.

By using scalable state-of-the-art components, an OME production process can be realized on a large scale with the COMET concept. The technology can be integrated into existing infrastructure using only methanol and commercial formaldehyde as feedstock. "Other advantages are the reduced complexity of the process compared to the state-of-the-art and the potentially high overall energy efficiency of the process," says Franz Mantei, inventor of the COMET process and PhD student in the Power-to-Liquids group at Fraunhofer ISE.

Fraunhofer ISE, ASG and ChemCom are planning the first European OME production plant in Delfzijl, the Netherlands, on a scale of approx. 1 t/h based on the COMET process concept. It will be used as a reference plant for further upscaling in case of a successful market entry. ASG is also working on the development of a comprehensive OME pre-standard and corresponding analytical methods for certification. "A cleaner and, above all, stable product quality is very important for market establishment," emphasizes Dr. Thomas Wilharm, CEO of ASG.

It has already been shown that the oxidation stability of OME products can be achieved with a standard additive, which is important for product storage and transport. In cooperation with the Technical University of Munich, a diesel motorcycle with an OME tank and an adapted injection system was also tested. OME as a fuel resulted in a 99.86% emission reduction in particulate matter (PN23) compared to conventional diesel operation. The Euro 5 limits for emitted particulate matter (95%) and nitrogen oxide emissions (49%) were also significantly undercut. In addition to the potential for reducing CO2 emissions, this underscores the considerable potential for lowering pollutant emissions from diesel engines when using OME.

ASG and ChemCom are already working on full REACH approval for the large-scale supply of OME. The COMET process has now also laid the technological foundation for this.

The COMET project was made possible by a contribution from the European Regional Development Fund and implemented by Samenwerkingsverband Noord-Nederland (SNN). 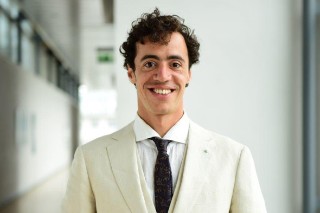