In conjunction with the 4th Turkish-German Energy Forum, Kalyon Güneş Teknolojileri Üretim A.Ş. and the Fraunhofer Institute for Solar Energy Systems ISE signed a Memorandum of Understanding (MoU) today at the German Federal Ministry of Economic Affairs and Climate Action BMWK in Berlin, Germany. In the MoU both parties reaffirm their intent to cooperate in the field of agrivoltaics as well as in other integrated photovoltaic technologies and PV storage technologies. Over the next three years, Kalyon plans to invest at least nine million US dollars in research contracts and joint research projects with Fraunhofer ISE.

"The solar industry and particularly photovoltaic (PV) module manufacturing are already well established in Turkey, and we are looking forward to being able to advance innovative PV technologies with Kalyon," says Prof. Dr. Hans-Martin Henning, director of Fraunhofer ISE. "Both the integration of photovoltaics into areas already being used for other purposes, along with an improved linkage between electricity storage and solar power generation, are becoming increasingly important as PV expansion progresses."

The cooperation between Kalyon and Fraunhofer ISE will include joint research projects as well as contract research and information exchanges to promote technology transfer. The two partners will focus on photovoltaic integration. Agrivoltaics, that is the simultaneous use of agricultural land for crop harvesting and electricity production, shall be the first focus of the MoU. The partners also see significant potential in other applications such as the integration of PV in building envelopes, road canopies, noise barriers, parking lots, electric charging stations and vehicle bodies. Here integrated photovoltaics can unleash considerable synergy potential that goes beyond the mere production of electricity.

As a third area of cooperation, the energy company Kalyon and the solar research institute Fraunhofer ISE aim to collaborate on coupling photovoltaics with battery storage systems which are used for plug-and-play applications, off-grid systems and also for increasing the share of solar self-sufficiency in PV systems, for example. 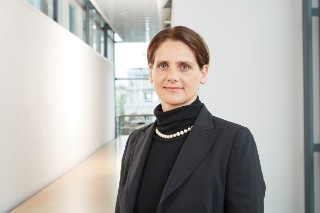