In a brief study, scientists in the Energy Systems Analysis department at Fraunhofer ISE recently evaluated the data of photovoltaic systems registered in the Market Master Data Register (MaStR) and the master data set for subsidized systems. An important finding of the analyses is that the largest growth in PV capacity is taking place in the sector of rooftop PV systems larger than 100 kW. This sector accounts for 38 % of new PV systems. Also interesting is that 22 % of the newly installed PV systems are oriented to the west, east or east-west, and 19 % of these systems have tilt angles smaller than 20 degrees.

The Market Master Data Register (MaStR) is the register for the German electricity and gas market. As of January 2021, all power generation units connected to the public grid must be recorded in this register. This also applies to the steadily growing number of photovoltaic systems in Germany. In addition to the PV plant’s nominal power and location, which are already registered in the master data register of the EEG (Renewable Energy Sources Act), the information recorded in the Market Master Data Register includes data such as the orientation, inclination and power limitation of the PV plant.
Now, scientists at Fraunhofer ISE have analyzed these recorded parameters in a brief study. The evaluation covers the period from the year 2000 up to today and shows the development over time of the number, power, location categorized by state, orientation, angle of inclination and power limitation of the installed PV systems. Different evaluation criteria were taken into consideration, which allow statements to be made on the number of PV plants, plant additions by power class, plant additions by federal states, by plant orientation and by tilt angle.
Fraunhofer ISE evaluates these central parameters at regular intervals and makes the results publicly available. Upon request, the institute also offers further evaluations based on this database.

82% of the PV Plants Added Annually are Smaller than 10 kW.

The evaluation of the added capacity according to size essentially shows that the share of PV plants in the range of less than 10 kW has remained relatively constant since 2014, maintaining an average share of 82%. Rooftop systems between 10 kW and 100 kW had a heyday between 2004 and 2011, when their share of new installations - in relation to the number of systems - averaged 43%.

An examination of the additions by power class shows that the large number of additions in the power segment less than 10 kW is not reflected in high power addicitons. The share of this power segment has remained fairly constant at an average of 19% since 2014. On the other hand, the relative share of annual capacity growth has increased strongly for rooftop systems in the power segment from 100 to 750 kW. Their share has increased from 17 % in 2017 to 38% in 2019. In contrast, the importance of ground-mounted systems has decreased from 45% in 2012 to 20% in 2019.

More than Half of the PV Systems are No Longer Built in Bavaria and Baden-Württemberg.

The States of Bavaria and Baden-Württemberg together accounted for an average of 59.6% of new installations in Germany between 2000 and 2009. However, between 2010 and 2019 this collective share declined to an average of 44.5%. Over the same periods, North Rhine-Westphalia increased its average share of new installations from 14.1% to 18.3%, Lower Saxony's share rose from 6.5% to 9.2%, and Brandenburg's share increased from 0.7% to 2.2%.  All of the other German states also recorded positive increases, albeit to a lesser extent. Despite their declining share, Bavaria and Baden-Württemberg remain in first and second place in terms of new installations in 2019, with 24.4% and 18.6%, respectively. They are followed by the states of North Rhine-Westphalia, Lower Saxony and Hesse with 17.9%, 9.2% and 6.1%, respectively.

Only about a quarter of the newly installed plants in 2019 have no output limitation. About 66% of all newly installed plants are limited to a maximum grid feed-in of 70% of their output power under the EEG, due to the fact that they have no remote controllable feed-in management. Since 2014, this proportion has grown by an average of 4 percentage points per year. The remaining plants with output limitations are bound by even higher limitations ranging from 60% to 50% due to the combined battery storage system.

PV Plants Are Being Increasingly Built with a Smaller Tilt Angle

Newsletter for this Business Area 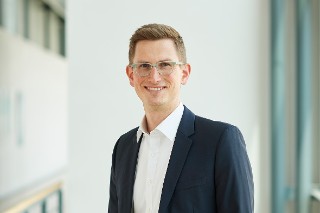