In the field of organic photovoltaics, researchers are working hard to further increase the solar cell efficiency. New materials obtained from synthetic organic chemistry have enabled significant efficiency increases in recent years. Maintaining the efficiencies achieved in the laboratory on tiny solar cells is often a challenge when the cell area becomes larger. Now Fraunhofer ISE together with the Freiburg Materials Research Center FMF of the University of Freiburg has achieved a record efficiency of 14.9% for organic solar cells with an area of at least 1 cm². This marks an important step for this cost-effective technology on its way to application maturity.

The Fraunhofer Institute for Solar Energy Systems ISE has been working on organic solar cells and modules in close cooperation with the Freiburg Materials Research Center FMF of the University of Freiburg for many years with the aim of further developing this technology together with industry partners and making it available at low cost. The principle research focus is to use cost-effective and environmentally friendly materials as well as to develop upscaling methods using roll-to-roll processes enabling solar modules to be produced in a similar manner as films.

Organic photovoltaics has special properties that enable numerous new fields of application. Organic solar cells can be produced without using heavy metals and other problematic elements. They are lightweight, mechanically flexible and can be easily integrated giving a homogeneous appearance even in semi-transparent designs. By selecting organic semiconductors that only absorb infrared light, transparent solar cells for windows, protective foils for agriculture or greenhouse films and glazings can be developed. These combine several benefits such as storm protection and overheating while providing power generation at the same time. Since organic solar modules can be produced with low material and energy use, they offer a high potential for CO2 savings, which can become even greater when considering the synergetic uses. Organic photovoltaics can aid in preventing and adapting to climate change: when installed on protective foils in agriculture the generated electricity yield can help finance the system. Before such products are ready for market, however, there are still important development steps to be made.

As opposed to inorganic solar cells in which the absorber layer is made up of one material such as crystalline silicon, the absorber layer in organic solar cells is made up of a mixture of donor and acceptor materials. This is necessary because the generation yield of free charge carrier pairs would otherwise be too low. After photon absorption, a charge carrier transfer occurs very quickly at the interface of the two materials. In the past, fullerenes, i.e. C60 derivatives, were mostly used as acceptors. This usually resulted in a considerable energy loss during charge transfer, which reduced the voltage of the solar cell accordingly. In addition, fullerenes absorb very little sunlight so that the current was mainly generated by the donor component. Since organic semiconductors usually only absorb in a certain wavelength range of sunlight, the solar spectrum is not adequately used. These two limitations were able to be overcome by material innovations, however. In the meantime, acceptor molecules are used, which are more similar to the donor materials. By modifying the chemical structure, their optical and electrical properties can be better adapted. Because the new acceptors are now strong absorbers themselves, the solar cell current could be increased considerably. At the same time, the energetic levels of the donor and acceptor were better matched, thus increasing the voltage. As a result, promising efficiencies have been achieved worldwide with a range of different absorber materials.

As a rule, these are reached on very small cell areas, often only a few square millimeters. Therefore, researchers at Fraunhofer ISE had created a cell design that efficiently conducts the photogenerated current from the active cell area. "Once we achieved high efficiencies on small laboratory cells with a commercial absorber material, we then attempted to realize this on cells with a larger area of 1.1 cm2.  Our results proved very promising, since no losses were evidenced," says Dr. Birger Zimmermann, team head of Production Technology of Organic Solar Cells at Fraunhofer ISE. The certified efficiency of this cell measured by the accredited calibration laboratory CalLab PV Cells of Fraunhofer ISE was 14.9%. "This is a step in the right direction," says Dr. Uli Würfel, department head of Organic and Perovskite Photovoltaics at Fraunhofer ISE and group leader at the Freiburg Materials Research Center FMF at the University of Freiburg. He adds: "We have a few ideas on how to increase the efficiency even further, so the next weeks and months will be very exciting.”

Throughout the work, the researchers keep an eye on the overreaching goal: roll-to-roll processed modules. Here further boundary conditions must be fulfilled. Now that the potential of the novel organic absorber materials was demonstrated in the laboratory on a small area cell, ways must now be found to upscale this potential to large-area, high-performance modules. "Together with industrial partners, we will continue to bring organic photovoltaics to market maturity", says Institute Director Prof. Dr. Andreas Bett. "This technology, with its flexible application possibilities, is an important building block in the long term to bring on the urgently needed photovoltaic expansion.”

The work was carried out as part of the project "H2OPV - Organic Photovoltaics for Covering Water Reservoirs", funded by the German Federal Ministry for Economic Affairs and Energy (BMWi). 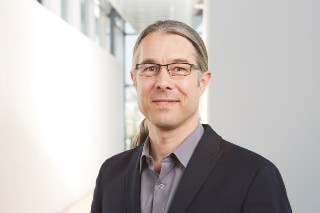