PV systems in Germany are regularly generating higher yields than expected. An investigation by Fraunhofer ISE links these higher yields to an upward trend in solar radiation, pointing out that the current radiation level in Germany is considerably higher than the average values of the last 30 years. As these average values have generally been used in yield predictions up to now, actual PV system yields are exceeding their forecasts by approximately five percent, making them more cost-effective than anticipated. To take this effect into account, Freiburg researchers have adapted their quality assurance services for PV systems and are now basing their yield predictions on solar radiation data from the last ten years.

Up until now, experts have based their solar resource assessments on the assumption that possible radiation levels in the future will not significantly differ from the average values of the last few decades. However, solar radiation is undergoing long-term trends – known as »global dimming and brightening« – which cause average radiation values to change over time. These changes are caused by factors such as increases and decreases in air pollution and the concentration of aerosols in the atmosphere. In collaboration with ETH Zurich and Germany’s National Meteorological Service (DWD), researchers at Fraunhofer ISE have conducted scientific research on the extent to which past average values deviate from today’s radiation levels and how these deviations will impact yield predictions for solar installations. The team analyzed DWD’s radiation measurement data (spanning from 1951 to 2010) on selected locations in Germany. The results show that solar radiation has been increasing since around the mid-1980s (brightening), with current radiation levels at the locations under observation measured at around five percent higher than the average value between 1951 and 2010.

These findings prompted researchers at Fraunhofer ISE to analyze yield predictions for PV power plants being monitored by the institute, which uncovered similar deviations between past yield assessments and actual radiation and yield measurements. “Relying on average radiation values from the past 30 years causes a systematical underestimation of actual PV system yields in Germany by around five percent,” said Björn Müller, project leader at Fraunhofer ISE. “We expect that other regions experiencing the brightening effect are seeing similar underestimations.”

The investigation results are now methodically included in Fraunhofer ISE’s yield predictions. In order to more realistically assess investments in future PV system projects, the quality assurance specialists have decided to use a modified data base for their yield predictions. They now use satellite derived solar radiation time series from the last ten full years, which depict the increase in solar radiation, thus reducing underestimations caused as a result of this. “Our yield forecasts are based on satellite data from the past decade, which enables us to determine the profitability of PV systems more effectively than before,” said Klaus Kiefer, head of the department Quality Assurance PV Modules and Systems at Fraunhofer ISE. “They provide an improved decision support, for example when buying or reevaluating a PV power plant. Conducting further analyses when reevaluating PV systems can also help to significantly reduce investment risks.”

Fraunhofer ISE will present more research results on this topic at the 29th European Photovoltaic Solar Energy Conference and Exhibition 2014 (EU-PVSEC) in Amsterdam. 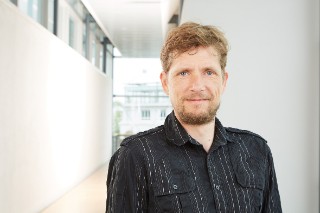