Conventional solar tower power plants currently use solar salt as a heat transfer medium, whose maximum achievable temperature lies somewhat below 600 °C. If the operating temperature of the power plant were increased to over 1000 °C, this would lead to a considerable efficiency rise in the conversion of stored heat into electricity and open up a high potential for cost reduction. In the HelioGlow project, the Fraunhofer Institute for Solar Energy Systems ISE is working together with the project partner Kraftblock on the development of ceramic materials for solid-state radiation receivers. These materials show temperature stability up to over 1300 °C and maintain a constant high working temperature even under fluctuating solar irradiation.

The ceramic material developed by Kraftblock as part of the project has extremely high temperature stability. It is pressed from a granulate and then fired in a kiln and can therefore be manufactured in almost any optimal shape and size optimal for the desired application. The material is implemented in a high-temperature radiation receiver. The individual ceramic plates serve as a storage medium, once they are heated to a high temperature by solar radiation. Therefore, the material acts as a radiation receiver, heat transfer medium and storage material all in one. Compared to a particle radiation receiver, in which the solar radiation is absorbed in a curtain of small falling particles, the use of larger element solids as radiation receivers gives the advantage that their residence time in the concentrated radiation can be controlled in a more controlled manner, thereby achieving a constant high output temperature useful temperature even with fluctuating radiation. The material is also easier to transport and particle leakage due to wind is avoided.

During transport and storage of the ceramic plates, high demands are put on robustness and shape retention. The receiver material to be investigated in the project shows promise in this regard.  Within the project, the Fraunhofer ISE project team will analyze the optical, thermal, and mechanical properties of the selected material in outdoor tests under highly concentrated solar irradiation to verify the material’s suitability for demanding and repeated thermal loading. In the solar simulator KIRAN42 at the Spanish research institute IMDEA Energy, the team will conduct an extensive measurement campaign to determine the relevant material properties, such as the behavior and stability during and after exposure in the simulator, resistance under severe thermal stress, and the mechanical properties. The outdoor test results will complement the measurement results obtained with the solar simulator.

The HelioGlow project, in which the material development takes place, is funded by the BMWi, and the use of the solar simulator for material testing takes place within the H2020 EU project SFERA-III, which gives researchers free access to state-of-the-art research infrastructures in the field of Concentrated Solar Power throughout Europe. This project has received funding from the European Union's Horizon 2020 research and innovation programme under grand agreement No 823802. 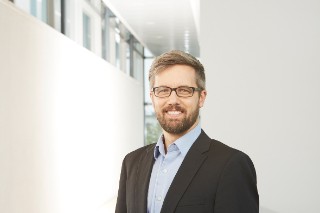