For many chemical processes, the prerequisite for stable and efficient operation is good mixture preparation. For oxidation processes, e.g. combustion in particular, the homogenous mixing of the reactants reduces emissions and limits soot accumulation. Our patented catalytic process converts liquid fuels into fuel vapor. The mixing advantages were demonstrated for diverse applications in numerous different projects (burner, particulate filter, reformer). We focus on coupling the evaporator with the engine, adjusting the fuel evaporator to match the in-engine performance. On our engine test bench, we can verify the anticipated reductions in NOx and soot emissions.

The catalytic evaporator developed at Fraunhofer ISE operates based on the principle shown in Figure 2. The liquid fuel is injected onto the interior wall of the reactor, and air is fed into the side with the catalyst. A small amount of the fuel is oxidized at the catalyst, and the heat generated is used to completely evaporate the fuel. The heat transfer is mostly carried out by means of radiation from the hot catalyst surface to the surface of the fuel film. The reactor wall on which the fuel is released is always colder than the fuel itself. Thus, there is no build-up of deposits.

Our catalytic evaporation process was already implemented for a variety of different fuels such as diesel, biodiesel and ethanol. Besides a high degree of flexibility in the choice of fuel, it also offers a high modulation range (1:0). Further, the scaling factor of the power range is very high (<1 kW up to > 500 kW). The compact design and the robust process enable a simple and site-independent integration in new and existing systems. In contrast to conventional evaporation processes, no external heating is required during operation. Rather, the evaporator be electrically heated only during start-up. In order to compare the fuel vapor with a reference fuel, Fraunhofer ISE developed a test environment to measure ignition delay times. In addition, an evaporator unit was coupled with a 1-cylinder diesel engine for the first time. 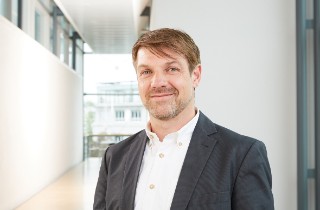