Monocrystalline n-type silicon is becoming increasingly common in solar cell production, particularly in the highefficiency sector. By avoiding the harmful boron-oxygen defect and with its lower sensitivity to most metallic impurities, n-type silicon has advantages compared to boron-doped p-type silicon. Although the efficiency potential for multicrystalline (mc) silicon is lower than for monocrystalline silicon, the former material is significantly less expensive to produce. We analyzed the efficiency potential of mc n-type silicon in comparison to p-type silicon. Because special silicon blocks were used, that were crystallized identically for n-type and p-type material, the comparative study is very informative.

Different typical solar cell processes were applied to p-type and n-type wafers that had been cut in parallel at various block heights: boron diffusion (for n-type PassDop cells), phosphorus diffusion and phosphorus diffusion with a firing step (for p-type PERC cells). The limitation of solar cell properties due to the material was determined by spatially resolved and injection-dependent lifetime measurements on the passivated wafers and Efficiency-Limiting Bulk Recombination Analysis (ELBA) (Fig. 1). Despite the lower mobility of holes, the measured diffusion lengths in mc n-type material are clearly higher than in p-type material. For the analyzed cell concepts, the upper limits to the efficiency value which are determined by the material are higher on average for the n-type block compared to the p-type block by +0.7 %abs (after B diffusion) and +1.5 %abs (after P diffusion).

The ELBA method also allows us to identify the causes of losses (Fig. 2). The higher efficiency potential for highefficiency cells of mc n-type silicon are primarily due to the greater tolerance to recombination centres that are distributed homogeneously within the grains. The losses due to the material in conventionally produced mc n-type blocks are mainly caused by decorated grain boundaries and dislocations; their influence is strongly reduced by the new production procedure for “high-performance multi”. In this way, the efficiency potential of mc n-type high-efficiency cells could be increased further.

In total, four different areas are to be addressed: materials, technology, solar cell structures and modules. Work in each area will be carried out in parallel but also interactively. The developments will be accompanied by characterizations at all levels as well as by simulations. Additionally an economic analysis of the technologies and solar cell processes is to be undertaken. The developed solar cell processes will be produced at the pilot level in the PV-TEC laboratory (throughput > 1000 wafer/hour) at near-industry production, thus facilitating the continual development of existing processes and process sequences.  During the project, demonstration modules with target efficiencies of 20 % will be manufactured. In this way it can be guaranteed that the investigated solar cell processes are principally suitable for use in PV modules.

"Potential Analysis of Multi-Crystalline n-Type Silicon” is only one of many sub-projects within the THESSO project. Other sub-projects are: 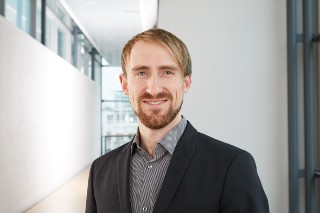