Solar cells with passivated rear contacts (PERC) allow higher efficiency values to be attained than conventional cells. This technology is thus being tested in pilot production lines and has already been transferred to mass production in a few cases. However, additional processing steps make it more complex and expensive, so that the cost advantage is slight, despite the higher efficiency. A technique, which has been developed at Fraunhofer ISE to laser-weld conventional aluminium foil to the silicon wafer, simplifies the production of PERC cells significantly, offers the potential for higher efficiency values and simultaneously is significantly less expensive.

The aluminium foil is alloyed through the passivation layer and welded with the silicon by individual laser pulses. These contact points represent the mechanical and electrical connection between the foil electrode and the silicon wafer. The procedure results in a short circuit current which is up to 0.3 mA/cm2 higher due to improved optical properties. At the same time, the passivation layer thickness is reduced by 75 %. In comparison to the routinely used electrode consisting of printed and fired metallic paste, the “cold” foil metallization affects the quality of the passivation layer less. This simplifies the transfer of PERC technology into existing production lines and enables higher open-circuit voltages. In addition, foil metallization offers a substantial cost advantage, as the material costs for the electrodes and the production costs of passivation are reduced, and at least two production steps can be eliminated.

Recently, compatibility with a galvanically deposited front contact grid was demonstrated, which enables better light trapping and does not require any silver. Also, the feasibility of connecting this type of solar cell with conventional connection technology was demonstrated using an inexpensive roll-to-roll coating process. 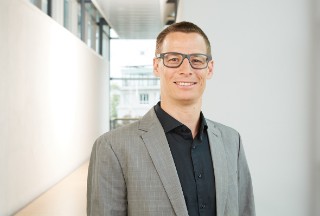