In the efforts to reduce inner-city emissions, the municipal vehicles are being examined as well. In addition to emission reductions, there are further benefits to converting communal vehicles into electric vehicles: Noise emissions are drastically reduced, so that vehicles can be driven through sensitive urban areas and during quiet hours. Furthermore, the vehicles can recharge or refuel hydrogen in a central location. With such aspects in mind, the project partners have developed a communal vehicle with a fuel cell hybrid drive under the coordination of the Fraunhofer ISE.

The project for the development of a fully electric drive was started with analyses of typical driving profiles and an assessment of the resulting power performance requirements. It was determined that two 10 kWel fuel cell systems from Fronius in Thalheim, Austria, based on a PEM fuel cell stack by Elring Klinger, Dettingen, would be used in conjunction with twelve 1 kWh battery modules also from Elring Klinger. The electric drive motor was developed by Heinzmann, Schönau. The partner LADOG in Zell is responsible for vehicle integration.

The Fraunhofer ISE carried out an extensive sensitivity analysis of the fuel cell stack in order to define the optimal operating conditions for the fuel cell. At the same time, a detailed model of the fuel cell system was developed, including a stack model and models for describing the essential system components. This model allows for the development of operating strategies which are adjusted to the load profile and enable a high degree of efficiency with maximum operational stability.

Development of a zero-emission municipal vehicle 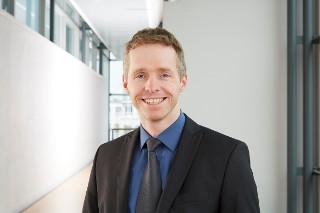 Characterization and Simulation of Stacks and Systems