Solar cell and module manufacturers aim at a narrow distribution of the efficiency at a high level. For this reason, material and process related causes for fluctuations in the efficiency of multi-crystalline silicon solar cells with passivated emitter and rear are investigated among others in the “CUT-B” project. Within the scope of an experiment, which included the production and detailed characterization of 800 solar cells, a metamodel was developed based on a numerical simulation model, to quickly determine the influence of the statistical distribution of different input parameters on the efficiency distribution. Based on this, it can be derived, how the efficiency distribution can be optimized and in which process stages process control is particularly beneficial.

The approach consists of five steps and is discussed below for a specific example. However, it can be applied to other cell concepts and production lines with minor effort. First, passivated emitter and rear solar cells (PERC) based on multi-crystalline silicon were produced in an industrial process sequence and characterized in detail in the different process stages. For this purpose, more than 800 wafers with a wide material variation were used.

Based on the characterization, relevant input parameters for the simulation and their statistical distribution were determined in the second step. At first, eight parameters were identified as relevant.

In the third step, the numerical optical and electrical simulations were executed using Sentaurus TCAD as well as metamodeling using Kriging. Based on the metamodel, cell efficiencies can be calculated by orders of magnitude faster than with the complex numerical simulation, which enables modeling of wider parameter spaces.

In the fourth step, the efficiency distribution is determined using the metamodel and the statistical distribution of the input parameters, and compared to the measured distribution. This way, approach and metamodel are validated.

In the fifth and last step, the influence of every individual input parameter on mean value and fluctuation of the solar cell efficiency is determined using a variance-based sensitivity analysis. In the investigated example, the efficiency distribution depends the most on the lifetime of the minority charge carriers and the recombination in the space-charge region. Thus, the method can be used to identify the variables and production processes that must be improved first and controlled the most in order to reduce fluctuations in the degree of efficiency and increase the efficiency level overall. 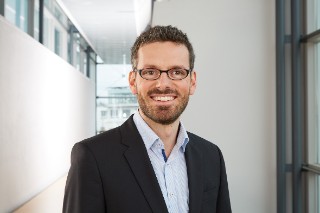