In fuel cells, inhomogeneities always occur from gas inlet to outlet as reactant gases react over the active surface which causes the gas concentration across the length of the channel to change, the moisture to increase and the temperature to rise. With the “AutoStack-CORE” project, the Fraunhofer ISE has developed and validated a unique method to characterize these local effects.

Furthermore, an automotive short stack was examined for its frost start capability in our accessible climate chamber.

We used segmented cells in customer-specific designs to characterize the local effects in automotive fuel cells. In AutoStack-CORE, we divided the single cell into 64 segments, each controlled by its own potentiostat. The impedance spectrum was evaluated via its own frequency response analyzer. The electrochemical impedance spectroscopy (EIS) allows for detailed insights into the operating principle of the fuel cell by making it possible to analyze the individual processes, such as charge transport and gas diffusion, separately. Furthermore, a method was developed during the project which made it possible to assess the gas dwell times in the individual segments and thereby draw conclusions about the flow distribution in a cell, depending on the operating conditions. We were able to establish the method for validation of cell design and operating strategy of single cells.

Furthermore, the behavior of the AutoStack-Core stack during frost start was analyzed. To do so, we carried out frost starts down to -25 °C in our accessible climate chamber. In connection with our single cell monitoring, we could examine differences in single cell behavior. Ageing was also analyzed in freeze-thaw cycle experiments. 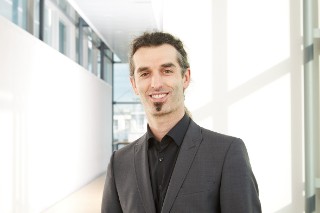