While testing standards for decentralized feeders like PV systems, CHP units or wind parks have existed for a long time, the boundary conditions for battery grid connection are not yet clearly defined. The TestLab Power Electronics at Fraunhofer ISE has taken on the task to propel the development of appropriate guidelines in order to support the emerging market of battery storage plants from the begin on.

Based on their many years of experience with efficiency measurements and feed-in directives in the areas of PV and CHP, the engineers at ISE were able to propose practical recommendations for new testing standards that allow battery inverters to be tested in a simple and efficient manner. These in-house procedures have been now certified by the German accreditation  body DAkkS and incorporated into the accreditation services offered at the TestLab Power Electronics at Fraunhofer ISE. Manufacturers of power electronics for the grid-connection of battery inverters now can have the performance and grid conformity of their devices confirmed with the first accredited testing standards available on the German market.

In order to benefit from past experiences, both of the procedures developed in-house are oriented on the established DIN and FGW guidelines. For the first time, the guidelines were adapted for the special case of voltage converters for battery storage systems.

The procedure given in TLPE-HV-001 is a test for determining the conversion efficiency of battery inverters. Based on the established standard DIN EN 505330, the efficiency is determined under different loads and battery voltages.  Since voltage converters for battery storage are bidirectional, i.e. the power flow can be reversed depending on whether the battery is being charged or discharged, the testing procedure is set up to determine the conversion efficiency in both flow directions.

Beyond their testing responsibilities, the Fraunhofer ISE test engineers at the TestLab Power Electronics are also involved in the research activities at the institute. Putting their unique testing experience to use, the engineers at ISE scientifically evaluate and continually develop testing guidelines as well as question and discuss them as actors in standardization committees. The TestLab Power Electronics sees itself as a progressive leader in the application and further development of feed-in guidelines for decentralized generators. Based on their extensive know-how, they are able to provide a wide-range of testing and development services including consulting in relevant areas of certification. 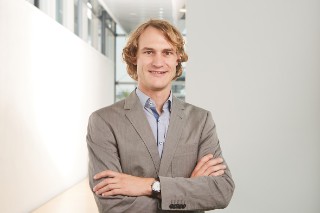